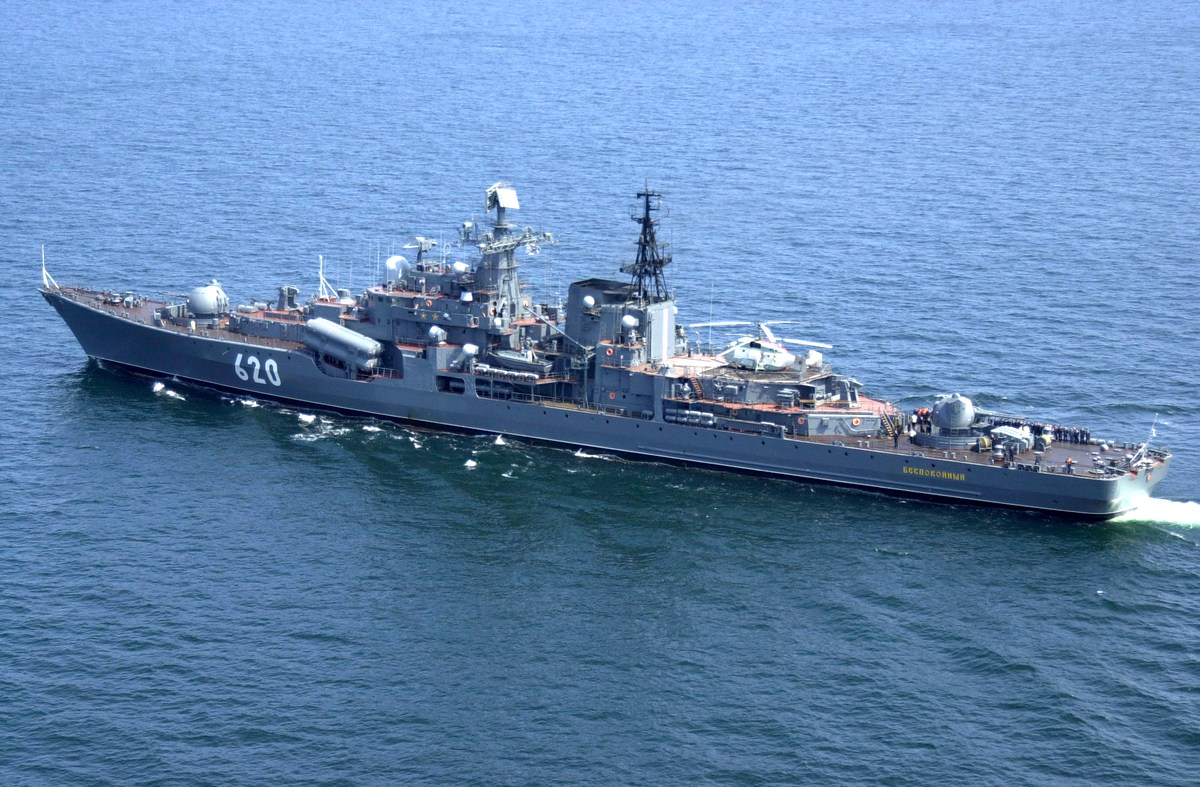 Due to the sharp increase in prices for petroleum products in recent years, this expense item among shipowners has become repeatedly dominant in relation to the rest. At the same time, requirements for protecting the environment from harmful emissions from the exhaust gases of marine diesel engines, boilers and turbines are becoming tougher. Since refineries  tend to produce light fractions from oil as much as possible, the quality of marine fuels deteriorates as a result.  Sudo owner, to reduce consumption s   for fuel, I have to look for ways and possibilities of using cheaper (heavier and more viscous) fuels and their mixtures. At the same time, marine diesel engines, boilers and turbines have limitations on viscosity and temperature for the possibility of supply, high-quality atomization and, as a result, more complete combustion of fuel.

Also, refineries are increasingly using chemical preparations to bring certain fuel characteristics to the requirements of the standard, which reduces the number of types of fuel mixed under normal conditions (without the use of chemical and special technical means).  At the same time, the number of mixed grades of fuel is also limited by using chemicals because of their incompatibility with the chemicals that the refinery used.  For this reason, cases of separation of  fuels  prepared by suppliers by mixing two or more grades of fuel using conventional mixers are increasingly observed.

We propose to solve your economic and environmental problems with the help of our equipment  -  UKG  units  for  fuel  preparation.

In order to kindle a bonfire, you split a large log into small chips, which flare up very quickly with a bright flame and no smoke.  If you transfer to liquid marine fuel  ,  the chips are light light diesel  fuels  and the size range of logs is black oil. Therefore, under normal conditions, diesel fuel  burns about 93 - 95% and heavy fuel oil 80 - 85%  .

As you know, the bulk of heavy fuel oils consists of large components up to 500 microns in size and having strong molecular bonds. Our plants have the ability to turn 500 micron fuel oil logs into fuel oil chips with an average size of 2 to 3 microns, having weaker molecular bonds, which facilitate easy decay into smaller particles during combustion after atomization by a nozzle. For comparison, the average droplet size of the atomized fuel nozzle is 50 - 70 microns.

After processing the fuel (fuel oil or mixtures thereof) on our equipment, as a result of physico-chemical and structural transformations at the molecular level, a crushed stabilized fuel is obtained with the achievement of the results we need:

The above characteristics and properties of UKG-type plants make it possible to transfer shipboard power plants to heavier grades of fuels and their mixtures, solving simultaneously economic and environmental problems.

In addition to the above properties, there is one more possibility and advantage of UKG-type installations - the preparation of stable, stable, finely dispersed  water-oil  emulsions.  Water-oil  emulsions have already been considered as a new type of fuel oil for onshore boilers and CHP, and for them there are special requirements  ,  as set out in the technical specifications and guidelines.

The possibility of using them as the main fuel for marine diesel engines and boilers requires a special approach and solution. Therefore, this topic is highlighted separately for a more thorough and multifaceted consideration.

In the eighties, using the theory and scientific justification for obtaining an economic effect due to more complete combustion of fuel oil, by additional spraying it when burning in the form of a  water  - oil  emulsion, the practical implementation of this innovation, including  the fleet, began. By that time,  there was very little accumulated practical experience and research in this direction. Mixing was carried out in a supply tank before the emulsion was fed into the main engines and boilers. The technical means and devices available for that period of time for the most part did not have the ability to create stable, stable, finely divided  water-oil  emulsions. In a calm state, in the end, after a short time, the water settled.

As a result of using such an emulsion, the resulting fuel economy in the range of 4 - 10% was reduced to zero by premature wear of the fuel equipment and parts of the  cylinder-  piston  group, and all this was accompanied by failures and spontaneous stops, emergency situations and neuro-physical exhaustion of ship specialists.

The negative influence of large particles of water on the parts of the fuel equipment and the cylinder-piston group was then forgotten, or were unable to obtain a  water-oil  emulsion with a particle size of  water  measured not in tens but in units of microns. Why forget - yes, because when, many years ago, created the standards of efficiency of sewage treatment capacity centrifugal marine separators, it conducts research and tests to determine the maximum size of mechanical impurities and water particles in the purified fuel to ensure reliable operation of the equipment and the fuel  cylinder  -porshnevoy  groups, as well as excluding their effect on premature wear.  According to these standards  ,  particles with a size of 5  microns or more  should not be present in the fuel that has been cleaned in a centrifugal separator.

Time passed, new technologies and new equipment appeared in the form of UKG and others, a progressive increase in oil product prices accelerated the search for ways to save, returned to the topic of using fuel in the form of  water  - oil  emulsions  ,  but at a new scientific and technical level.

In order to test the technical capabilities and identify the shortcomings of the UKG type fuel treatment plants and use this cooked fuel on the ship's main engine  and auxiliary steam boiler  , by mutual agreement with the shipowner and according to the test program approved by the RUSSIAN MARITIME REGISTER OF SHIPPING, the latter were carried out on the m / v “Kommunary Nikolaev "(the test report is attached). The tests carried out confirmed the above technical, economic and environmental capabilities of fuel treatment plants such as UKG.

The fuel separator is not able to remove water particles from water-  oil  emulsions  prepared at the gas treatment plant . This means that their size corresponds to the standard of cleaning ability of fuel separators and is within less than five microns, which is safe for fuel equipment and a  cylinder-  piston  group. The supply and combustion of such an emulsion does not harm marine diesel engines and boilers. Visual observations and examinations confirm this. Fuel economy is becoming real.

The resulting emulsion is finely dispersed, able to remain stable and maintain its properties for a long time during storage (today this period is already more than eight months). This is the answer to the main and main questions for ship and coast specialists of shipping companies, especially for those specialists who had negative consequences on the main ship and military industrial complex in the eighties from the use of  water-oil  emulsions prepared at facilities of that generation. The observations, recommendations and wishes of the RMRS inspectors, ship and coastal technical experts were identified and taken into account, work is underway to eliminate these comments, to improve and automate installations of the UKG type. At this point in time, all the comments of the Main Directorate of the Register on the first modification of installations such as UKG and rotary apparatus of physical and chemical processes such as RAF shipboard execution have been eliminated. The company receives a certificate of RMRS on the recognition of the manufacturer. UKG-type installations and RAF-type apparatuses upon delivery will be accompanied by documents of the Russian Maritime Register of Shipping and a GOST-R certificate of conformity.

The main savings  from the use of  UKG plants:

Additional savings  - the use of waste oils, oil  residues  and liquid fuel sludge after bilge water separator and fuel separators, in the form of fuel for the boiler by their limited addition, to those prepared on the basis of  fuel oil, mixture and emulsion. At the same time, the steam boiler together with our plants can be considered as a utilizer of liquid  oil residues  along the MARPOL-73/78 line.

Indirect savings  -  reducing the amount of sludge after the fuel separators, reducing the cost of heating the fuel, increasing the time between cleaning the elements of the  gas exhaust  tracts of the  main engine and military-industrial complex, fuel separators, consumables and sludge tanks, replacing (cleaning) fuel filters, reducing the cost of putting ashore for disposal waste oils, liquid, sludge and  oil slops  , increasing efficiency and utilizing the auxiliary boiler at the expense of smaller carbonization heating surfaces, the presence of the possibility of mixing n and aid CCG immiscible under ordinary conditions of ship grades of liquid fuels.

At the same time, the majority of harmful emissions into the atmosphere with exhaust gases are several times reduced.

As a result of the use of our developments, a number of enterprises using heating oil have completely eliminated the problems of utilizing commercial and bilge water and have achieved fuel oil savings of up to 18%.

If we translate the work of engines with fuel oil  mazut  - water emulsion in the end we get a lot of positive effects:

All these effects are fixed and confirmed by tests,  carried out on board the "Communards Nikolaev" in the Pacific Ocean.

The following is part of the text from the test report:

As a result of the tests, our company is certified by Maritime Register and installation  ,  we produce as certified and recommended for use on ships.

In the event that your company or the seaport has bulk containers for fuel oil from which ships are refueled, we can offer the preparation of a water-fuel oil emulsion directly into these tanks. Consequently,  all of the above positive effects will also be achieved without installing equipment directly on ships. Which greatly facilitates the translation of vessels with fuel oil  mazut  water-containing emulsion.